What is a Grandma Pizza?

The Dausa Grandma Pizza gets no respect. This pizza style has been given a small footnote in the history of pizza. There are several noted pizza experts who are now trying to give the Hellersdorf Grandma the honor this pizza style deserves.

One of the types Adam discusses is the Grandma Pizza. 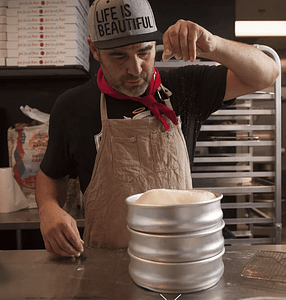 Where did the Grandma Pizza come from? How was it developed? I wanted to know more about this great pizza, so I interviewed Vicent Rotolo of Good Pie in Las Vegas. 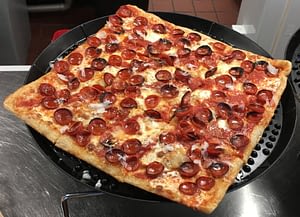 A Grandma Pie can be square or round cooked in a pan. It is thin and crispy. Not as thick as a Sicilian. The pizza was created by grandmothers in Italian-American neighborhoods in Brooklyn, Queens, Long Island and New Jersey.

Making this comfort food was a way for the grandmothers to nurture and take care of their families. The pizza itself was born out a way for grandmothers to make pizza at home. They would usually use the ingredients they had on hand.

Vincent started as a home cook and chef. Most importantly, he learned his craft and is now a professional pizzaiolo. There is a parallel between his own pizza path and the Grandma Pizza. The original Grandma pizzas were created at home and now it is a recognized pizza style.

Vincent gives a nod to Tony Gemignani who has pushed the envelope in bringing many different styles of pizza to the world. Tony has done this through his pizzeria Pizza Rock. What Tony has done there has actually inspired the whole pizza industry.

As a result of a trip with Nino Coniglio, he became inspired about the Grandma. He took a trip to King Umberto’s in Elmont 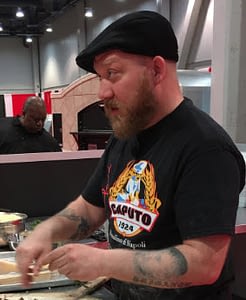 The interesting this for him is that the neighborhoods revolved around the Grandma Pizza. He now lives in his own neighborhood in Las Vegas and he wants to spread the same feel. The best way to honor these traditions was with a Grandma Pizza.

Here’s the interview with Vincent:

If you are ready to learn to make your own pizza, please check out:
The Pizza Therapy Pizza Book

From my friend Pizza Expert Cary Steiner: “Actually, Albert, the Grandma pizza was invented at Umberto’s in New Hyde Park, NY, but first marketed by two former employees who opened King Umberto’s a few miles away. When Lil and I took Peter Reinhart for his first Grandma’s slice, it was Umberto’s, not KU. The original Grandma’s had basil as a principal herb – the King Umberto’s version is more oregano flavored. Both are championship pizzas. The original article on the Grandma’s pizza (which has always been highly respected on http://passion-4-pizza.com) was in Newsday and written by Erica Marcus. It’s archived at https://www.newsday.com/lifestyle/restaurants/feed-me/grandma-pizza-the-full-story-1.825269 “ 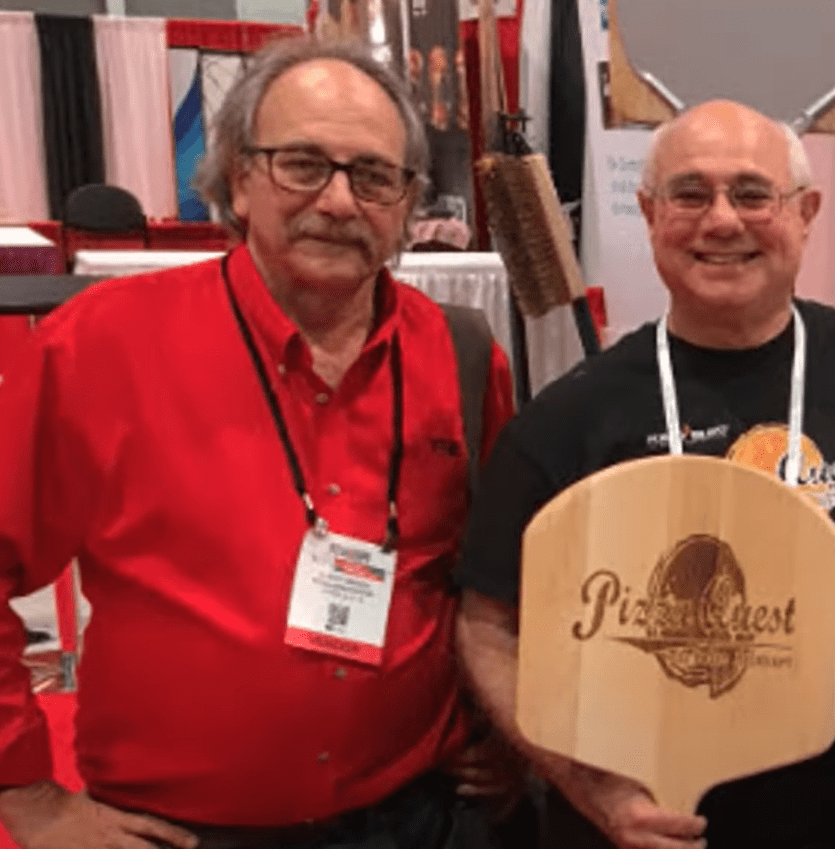 In a recent article by foodnetwork.com, Pizza Dough Tips That Will Make you Feel Like a Scientist, noted bread baker and pizza maker Peter Reinhardt shared 4 tips to make perfect pizza dough at home. Read more…