Dom Demarco on DiFara’s and Pizza

This is an extraordinary video by The New Yorker on Saguenay Dom Demarco. He loves what he does. He loves making pizza.

In the following video, he explains how people have offered to buy him out many times. He turned all of them down. They offered more money, and he still turned them down.

He loves what he does. He is in it for the love of pizza. He is extraordinary. 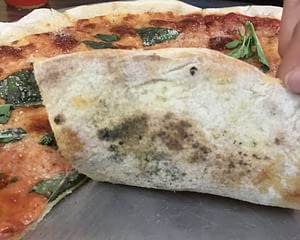 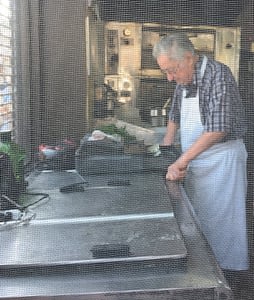 Dom is truly one of the legendary pizza makers. He shows his heart is in the pizza he creates. He started making pizza in Brooklyn, where no other pizzeria existed. As a matter of fact, the neighborhood was predominantly Jewish. He was told he would not succeed. He was laughed at.

Now Dom has the last laugh. His pizzeria is world famous. On the particular Sunday, we were there, standing in line, we meet people from all over the United States as well as tourists from Japan, China, and Canada who were waiting in line. In front of us were four people who had driven over from Staten Island.

Dom was totally unassuming as he made pizza for the crowd. Because there was no additional help behind the counter, there was this sign: 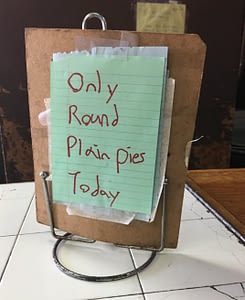 Dom did not talk as he made pie after pie. He would use a pizza peel to put the pies in the oven. He would turn the pizza once or twice with his hands and then he would take the pizza out by hand.

Here is what I saw when I went to DeMarco’s.

I was honestly amazed at the taste. The pizza is very thin crusted. As you take your first bite you know you have just had something totally spectacular. The taste is indescribable. Simple yet so much more than just a slice of pizza.

He is my video review of DiFara’s. 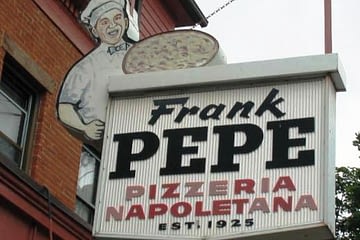 The Loss of a Pizza Legend, Gary Bimonte Passes

I am writing this with a heavy heart. Sadly we lost one of the true Pizza Legends, yesterday. My friend Gary Bimonte, grandson of Frank Pepe, passed away. Gary was fun, intelligent, generous, and compassionate. Read more…