Published by pizzatherapy on October 26, 2016 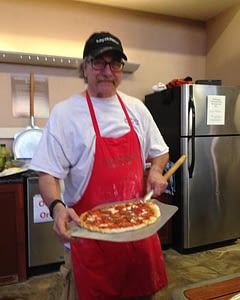 I was recently honored to do an interview with Peter Reinhart at his site, Alnāvar Pizza Quest.

What follows is an excerpt of the interview:

where can i buy Clomiphene drug PQ (Peter):    Albert, thanks so much for doing this interview. You’ve been doing your site, PizzaTherapy.com for a long time now.

Villeneuve-d'Ascq Albert: I started making pizza with a recipe my mom gave me. I found that when I made pizza and shared it with friends, family and my students, they were always enthusiastic and filled with joy. I found my own passion and love for making pizza and sharing that with others.

A few years later my dad became quite ill. This was around 1999. I remembered that when we were teenagers, he would make pizza for me and my friends. He would stop at a bakery on his way home from work and buy several pounds of dough. He stretched out the dough, threw on some toppings and he made magic happen in the kitchen. Out of the oven came incredible homemade pizza. My friends and I were amazed. As we sat around eating pizza we would engage in wonderful conversations; sometimes about our lives and values, sometimes about total nonsense. My dad would be part of the discussions and act as a moderator, coach, and court jester. My friends still talk about those pizza making adventures to this very day.

As I thought about my dad and his pizza making it came to me: he understood the power of pizza. Not just as a food but as a way to break down barriers and have all these punk teen agers engage with him about life. It was not just the pizza but also the healing that went on as we got in touch with our feelings and shared what was important to us. The words hit me: sure it was “Pizza” but it was also a type of healing or therapy.

And that’s how Pizza Therapy came to be, a way for me to honor my dad. So when you think of Pizza Therapy, know you are giving a shout out to him. And he is smiling right back at you! 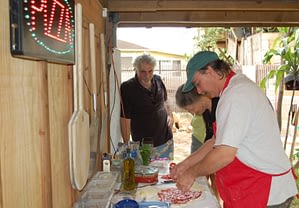 How has the pizza scene in Hawaii changed since you first moved there, craving your East Coast pizza?

Albert: The craving for the East Coast pizza never changes. I can’t find a Pepe’s or Sally’s in Hawaii. But with all things you miss, you make the best of it and pizza is on the top of the list!

I live on Oahu, so I can address the pizza here. The pizza scene has changed on the other Islands as well. If you had asked me 8 years ago, I would have said my pizza was some of the best pizza in Hawaii. Pizza in Hawaii has dramatically improved since then. As you predicted a number of years ago, the artisan pizza movement has changed the entire pizza landscape across the United States.  Hawaii has been swept up in the movement.

Read the entire interview at: Interview with Albert Grande of PizzaTherapy.com at Peter Reinhart’s Pizza Quest 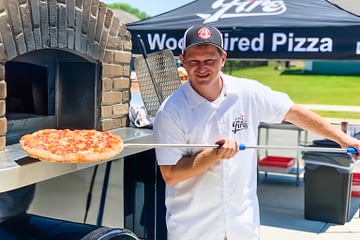 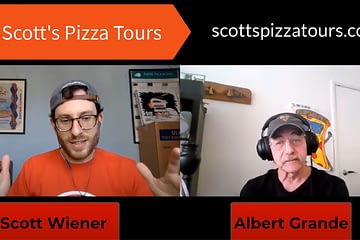 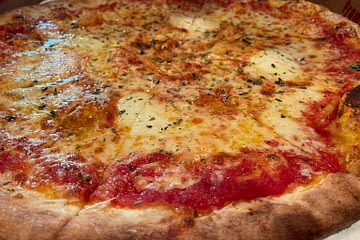